I was raised by a divorced Mother and Father who separated shortly after I was born. I lived with my Mom and siblings on both coasts of the U.S, while my Father continued traveling the world, finally settling down in one place when my Mother could no longer look after her three children after a disabling injury and various other circumstances that I won’t get into now.

In the beginning while my parents were still married, they met another married couple and became close. So close that my Mom and the woman from the other couple began seeing each other with “permission” from the men. This relationship continued until we moved from my birthplace, Frankfurt, Germany to the United States west coast when I was one year old. 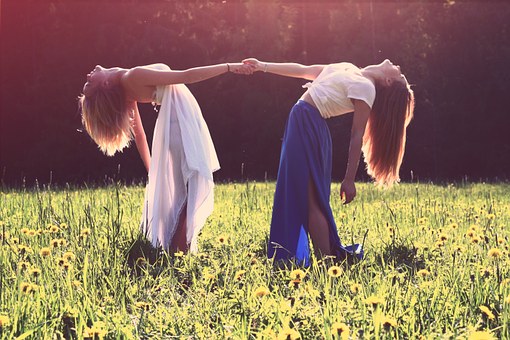 While I was with my Mother in California, she had a female partner. I remember the small marriage ceremony that was held in our apartment home. I was wearing a sweet little dress and was right up front, filled with joy to witness such an event.

Before too long, we moved across the country, leaving behind the marriage and the woman who I’d grown to love. There we lived for a short while, until separating from my Mother, to go live with my Dad who bought a house in Texas. I lived through girlfriends of my Dad’s and one marriage that broke up the family unity. I moved to California to live with my Mom and her partner, the same person who had been there in Germany when I was a newborn. They were in a  committed, consensual, non-monogamous, BDSM relationship. This was the example of what relationships could be. The potential was infinite. If they could make up the rules, so could I.

After years of dating and learning the hard way of relating, cheating and being cheated on, I found myself becoming aware of my patterns and began to question them. A few years later, I expressed my desires concerning relationships to my Mom and she hands me this book called, The Ethical Slut: A Guide To Infinite Sexual Possibilities, by Dossie Easton and Janet Hardy. And so began my journey, at the age of 22 into creating a relationships that supported my authenticity and feelings of being whole.

Over the course of 11 years, my attempts to infiltrate this wisdom and way of relating into my established relationships proved to be the most difficult and challenging route possible. With monogamy being the assumed, comfortable dynamic of both long term relationships (LTR), my patterns persisted and I continued to seek relationships outside of the primary one.

The sexual intimacy was influenced much by the nature of dancing in the strip club, and the extreme desires I had were created from this box of repression that I felt like I was in because my partners insisted I remain monogamous. They felt discomfort when I connected with other people and somewhere along the line, I felt like I had no control over it. So when interactions became intimate, it was like a downhill battle for me, sex was inevitable.

I’m generalizing two separate relationship experiences, because they practically were the same lesson, repeated. Having these sexual desires with people outside of my relationship was the opportunity that I had to be real, but I didn’t express my desires to my primary partners beforehand, that would have been the healthier route. After the fact, I reluctantly went to my intuitive partners and expressed my infidelity with the utmost of shame. Both instances I dated the partners outside of the primaries for about three months with the intention of making this open relationship thing work. It was terrible. My primary partners were in places of deep work within themselves to maneuver their conditioning to accept my new way of relating. They both were in torment and expressed deep pain with my choices, but chose to endure the process because of their love for me. Both situations ended up returning back to a place of comfortable monogamy for a number of years after.

The funny thing was, the second LTR partner I had, I expressed adamantly that I wasn’t interested in a monogamous relationship, yet it seemed to consume me because it was what he desired. I didn’t uphold my truth, and it just came back around again, providing me with yet another opportunity to express my truth and authenticity.

So here I am now, not in a defined relationship with anyone in particular, just relating with people who are of interest. Stepping into my own sexual power and overall empowerment. I am released of anyone else’s desires and have the freedom to live the life that brings me joy and fulfillment. It’s clear to me that this is what I need in order to grow. Being in a non-defined relationship is something I need to feel safe in relating intimately with others that allows me space to express my power of choice when it comes to sexual and emotional intimacy. 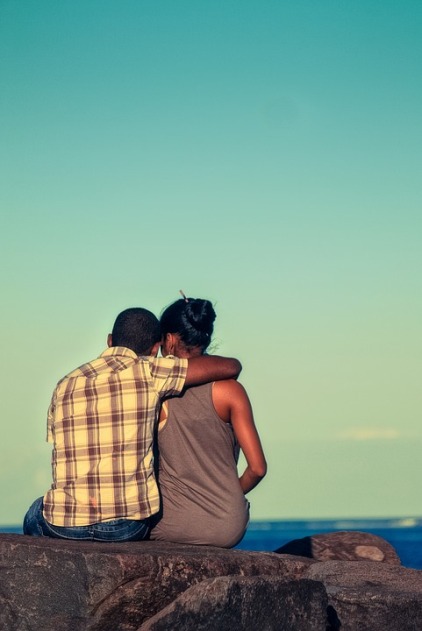 I have relational patterns of being overly attached and fear of abandonment, that are being addressed during this process of open relating. While I’ve met people who offer the reflection of these deep wounds that affect my life in a negative way, I’m also meeting people whom I’m feeling deeply supported by. The balance seems to be perfect. I’m receiving what I’ve been asking for as I step fully into a place of authenticity and truth. My truth.

I’ve always said “I’m always learning and always growing”, but I never saw how much I changed because of others. Today, I feel more firmly rooted within myself and capable of navigating this world of being open and relating authentically because of the lessons of my past. With awareness and honesty I express my truth to those around me, fearless of their response, and expecting that they will show me who they are; that they will stand tall in their truth and experience. If they don’t, I will see their in-authenticity. I will wonder what their truth is and ask. I want to remain empowered and I want others to be empowered.

I commit to living my life honestly and authentically from here on out. My experience has gifted me these lessons that I have learned a great deal from. I’m grateful to all the people who have been involved and send my love out to each person I have challenged along the way.

May we all learn from our pains and in response send more love into ourselves and out into the world.

To me, being in a relationship with someone means freedom to love and freedom to grow, whether it’s identified as open, poly, or monogamous. I will not bend those values for anyone. I will stay present with my feelings and express them as they arise. I will not place restrictions on my life to accommodate to others’ fears. I will live from a place of love and light and encourage you to do so too.

I will be honest, I will be loving, compassionate, kind and caring, to myself and to You. 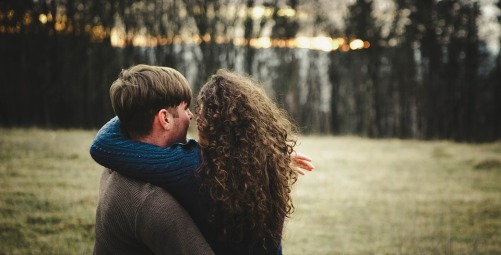